The History of Florence

Dante Alighieri traced the origin of Florence to Fiesole, an Etruscan village overlooking the city; however, it was the Romans who in fact founded Florence. Setting a military garrison by the River Arno, they lavished the city with the foretelling title of Florentia, meaning ‘destined to flourish’. And, flourish it did. Reaching its historical apex during the rich period of the Renaissance, this time in history saw the likes of Michelangelo, Leonardo Da Vinci, Giotto and Botticelli create their artistic masterpieces under the sponsorship of the powerful Medici family.

Wealthy families, just like the Medici, showed off their affluence not only by accumulating artistic treasures but also by building medieval towers. At the turn of the 14th Century, the Florentine skyline was dotted with over 150 towers!  If you  visit San Gimignano which is 40 mins outside Florence you would get an idea of what it was like. This architectural development continued until an edict was passed limiting building so as not to overshadow the Duomo and its iconic bell tower.

The Duomo (Florence’s cathedral) is built 4 metres above the ruins of an old Romanesque church, Santa Reparata. The original crypt was only brought to light after the River Arno flooded the whole town destroying millions of pieces of art (all over town you will find plaques showing how high the river went).The impressive cupola  (dome) of the Duomo was designed by Brunelleschi and was built without any scaffolding which, in 1419, is almost inconceivable! Giorgio Vasari, the great Art Historian, wrote that Brunelleschi won the competition by being able to stand an egg upright on a sheet of marble. He even invented and patented a hoist for taking up the 4 million bricks which were then used for making the dome. 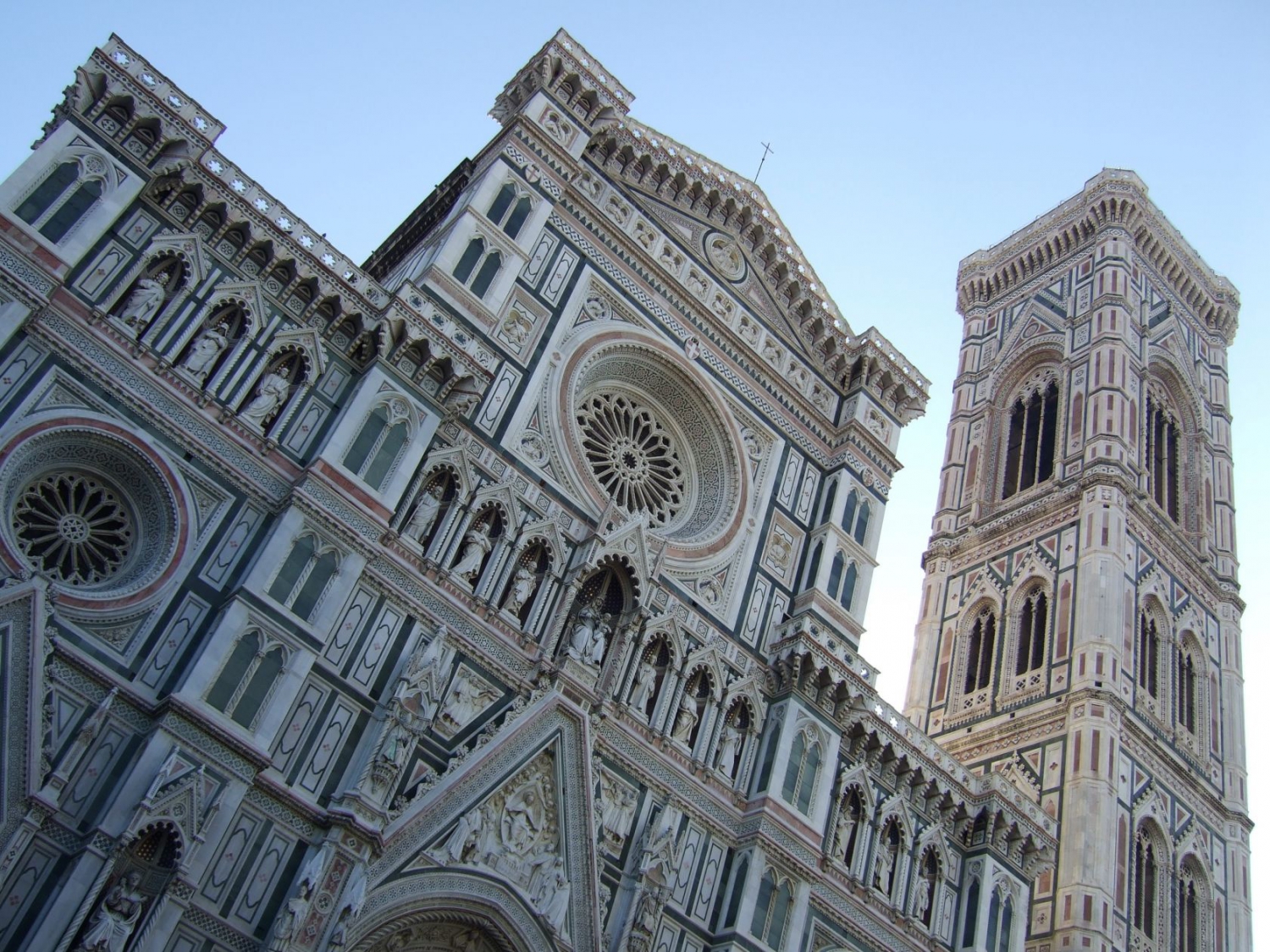 The Medici family who lorded over Florence for most of the 15th century were among the wealthiest families in Europe. Pioneers of the modern banking system, the Medici family opened branches in Florence and abroad and, at one point, were even put in charge of all papal finances. An important figure in the Florentine history, Cosimo de Medici oversaw the building of the Vasari Corridor, a significant pathway connecting the Palazzo Vecchio (town hall) with his residency, the Palazzo Pitti.  This sizable corridor trailed all along the Uffizi gallery and above the Ponte Vecchio so that Cosimo and his family could avoid walking the dirty streets of Florence. Home to a collection of self-portraits, this walkway is a beautiful example of the abundant Florentine history. Unfortunately damaged by a bomb in 1993, the Vasari Corridor can now only be viewed at certain times of year.

The church of Orsanmichele, originally a granary, is another of Florence’s significant historical monuments. Marking a convergence between the Florentine civic and religious worlds, the church reflects the tireless work of the Florentine guilds and artisans. Here you can admire the sculptures representing the four seasons, denoting the agricultural cycle around which life was structured during the Renaissance.

The Ponte Vecchio, the city’s oldest bridge, has always had a prevalent place in Florentine history too.  During the Renaissance, the bridge became a hotbed of commercial activity and, for centuries, merchants displayed their wares on tables. During World War Two, the Ponte Vecchio was the only bridge in Florence that was magnanimously spared by the orders of Hitler. Even the infamous dictator could see the artistic value of the Ponte Vecchio. Today its railings are decorated by swathes of padlocks as the bridge has become a symbol of romance, where lovers come to toss their padlock keys into the River Arno to signify their eternal bond. 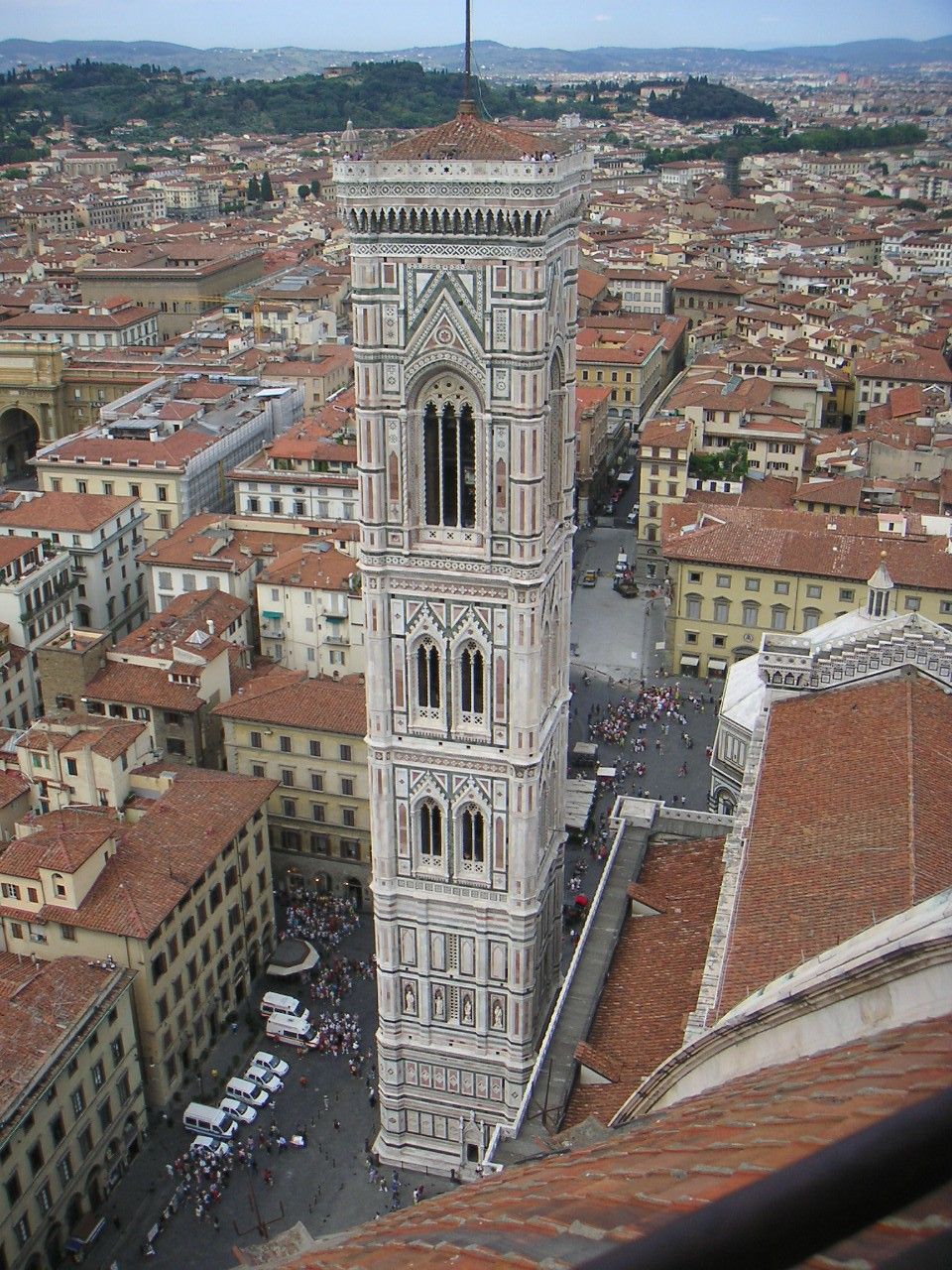 Florence and the tuscan countryside, so beautifully portrayed in the film 'A Room With A View', has always been in the hearts of English travellers over the centuries. Not so long ago (from 1865-1870) the town even became the capital of Italy and underwent an urban transformation when the old Jewish quarter was pulled down and the popular Piazza della Repubblica was built.

Florence's numerous museums and art galleries, such as the Uffizi, contain the world’s most important collections of Renaissance art and although Contemporary Florence has lost a great deal of its artistic importance its artisans that make wonderful leather shoes and bags, designed by the likes of Gucci and Ferragamo, have made the town alive to a new renaissance! 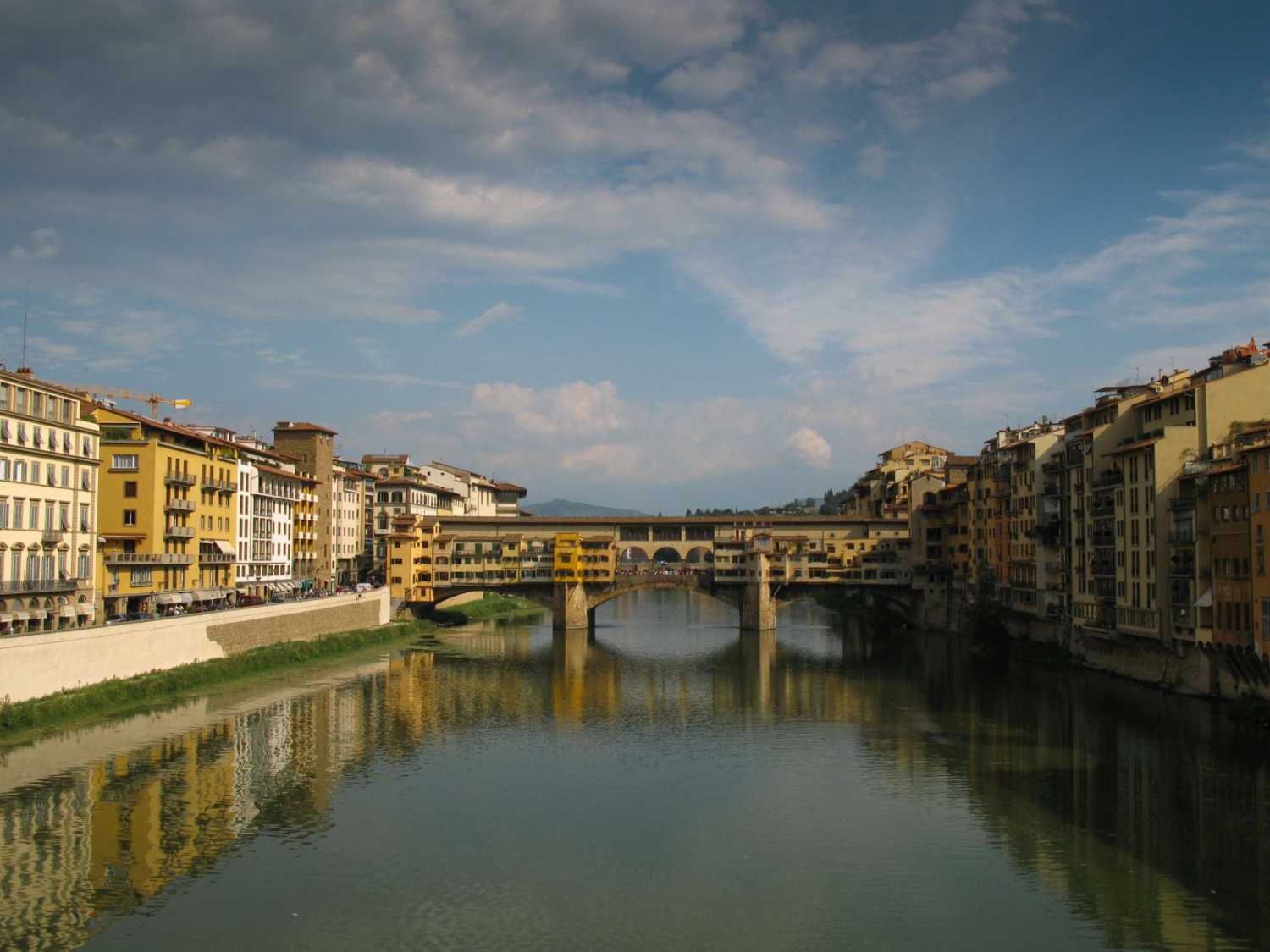