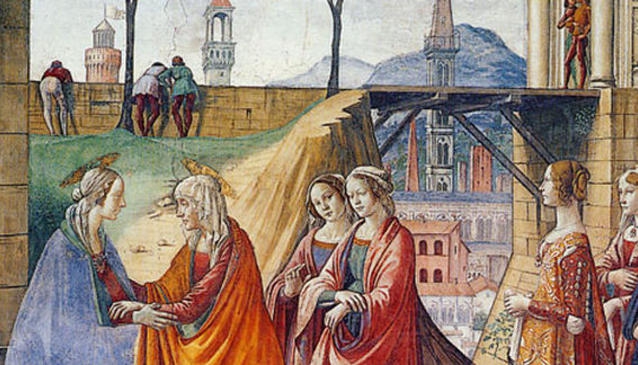 Santa Maria Novella Basilica is one of the main Gothic Churches in Tuscany. Its Facade, the oldest in Florence, was built in 2 times by the architects Fra Jacopo Talenti (lower part in Romanesque style) and Leon Battista Alberti (who finished the upper part 100 years later). The convent was built by Dominican friars between 1279 and 1357 just outside the medieval walls of Florence.

Inside ARE a few important frescoed Chapels and masterpieces:

The Strozzi Chapel, dedicated to St John the Evangelist,with frescoes by Filippino Lippi.

The Tornabuoni Chapel, dedicated both to the Virgin Mary and St, John the Baptist and frescoed by Domenico Ghirlandaio.

The Gondi Chapel contains a wooden Crucifix by Brunelleschi (1410-15).

Important work of Giotto: the Crucifix hanging in the centre of the central nave, 1288-89.

The Santa Maria Novella Museum, located adjacent to the Church, foresees another admission fee that includes frescos of Paolo Uccello in the Green Cloister with Old Testament scenes, the Spanish Chapel with frescoes of Andrea di Bonaiuto.